Very high temperatures are possible until Sunday 14 August. Please take care of yourself and anyone you know who might be vulnerable. 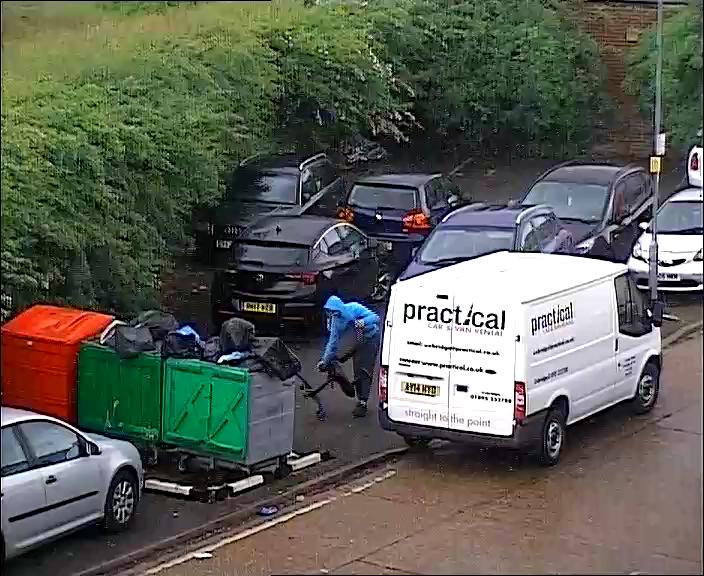 Navdeep Sira hired a van and an employee to help with the flat clearance.

Whilst he took some of the rubbish to Chalvey Household Waste and Recycling Centre and paid to dispose of some of it, he took the rest to a communal bin area and fly-tipped dozens of full black bin bags.

A concerned resident discovered the multiple bags and it was reported to the council’s neighbourhood and enforcement team.

Nearby CCTV caught the van Mr Sira had hired and the man he employed for the day unloading the bags and leaving them next to the bins intended for resident use. The van hire was then traced back to Mr Sira.

Mr Sira, 39, admitted two offences committed on 9 May 2019 under the Environmental Protection Act 1990 that he knowingly allowed the deposit of controlled waste on land that did not have a permit, and being in charge of a motor vehicle whilst controlled waste was deposited from it.

Justices of the Peace sitting at Reading Magistrates’ Court on 4 June this year were told Mr Sira is part owner of Letee Ltd which rents out properties and clears up after a tenant leaves to make it ready for the new tenant.

He was requested to clear out the property by the co-owner and rented a van in his name with his own credit card which is registered to his home address.

Mr Sira had also employed a man on a cash-in-hand basis to help with the job. After clearing the property and paying £27 for some to be legally disposed of, there was still half the rubbish left. He then drove to a communal bin area in Trawlaney Avenue and the rest was dumped.

The court was told although he did not get out of the vehicle or move any of the bags, he took full responsibility for instructing his employee. It was added he had learnt a valuable lesson and the situation would never happen again.

Councillor Balvinder Bains, cabinet member for regulation and public protection, said: “The council will pursue residents and businesses who avoid disposing of their waste in a legal way.

“There are additional costs to collecting fly-tipping and then disposing of it when it can easily be taken to Chalvey Household Waste and Recycling Centre.

“This is great work by the council’s resilience and enforcement team and for recouping all the costs involved from the defendant.”