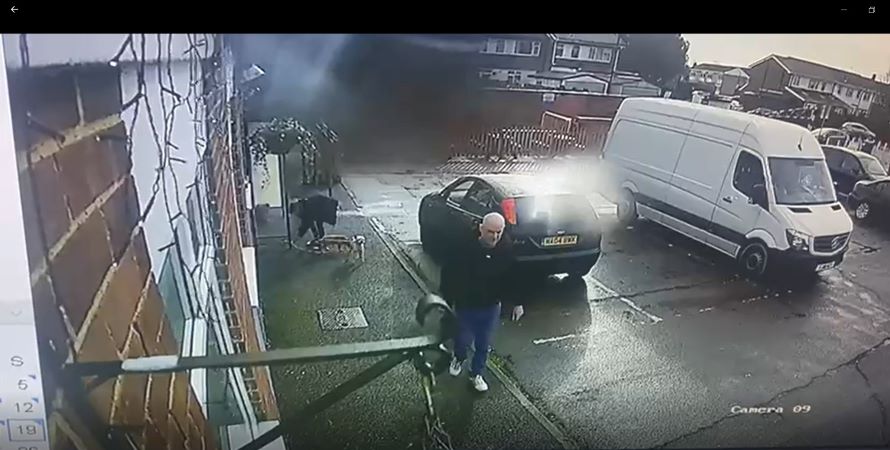 Slough Borough Council is appealing for information after two dogs were dumped at The Shamrocks Public House.

The two dogs were found by a member of the public tied up outside The Shamrocks Public House in Slough on Saturday 19 February, at approximately 4.10pm. They were both very thin and underweight. The tan Jack Russell type dog had a bad skin condition.

The kindly resident took the dogs home and called the council’s stray dog warden who came out and collected both dogs and noted their poor condition.

It was later viewed on CCTV from The Shamrocks that at 2.44pm an adult male and boy had been captured tethering two dogs up on the posts with bungee ties, and then leaving them behind and did not return for them.

Neither dog is microchipped and no one has come forward to claim the dogs as theirs. We are appealing for anyone who recognises the adult male or the boy from the CCTV images to contact us as soon as possible. Or indeed if you recognise the dogs.

The dogs were taken to a local vet for health checks. The vet confirmed they have not got mange but a bad flea and mite condition. They have provided treatment for both dogs, as well as Melaseb for the Jack Russell as her skin was worse. Both underweight, the female grey bulldog cross is around two years old and the female tan Jack Russell around six years old. The dogs are being cared for in kennels.

Ian Blake, neighbourhood manager, said: “These poor dogs were in a neglected state and heartlessly left on their own in a pub car park.

“Thanks to the quick action of a local resident the dogs are now doing well in kennels, their skin conditions are being managed and they have started to gain weight as they were very thin.

“We are appealing for anyone who knows these dogs or the adult male or the boy from the CCTV images to contact us as soon as possible.”

Councillor Beni Bains, lead member for regulation and public protection, said: “It’s great to hear the dogs are improving in our care, as these dogs were completely abandoned in a poor state. This is not only inhumane, it is illegal.

“Please help us find out who did this because we can and will take action against them for their heartless behaviour. Deliberately abandoning an animal in this way is a breach of the Animal Welfare Act 2006 for which a person responsible can be prosecuted, fined and banned from owning animals in the future.”

Anyone with information is asked to call Ian Blake on 07917 092909 or email Ian.Blake@slough.gov.uk  All information will be handled in the strictest confidence.