Tent-dwellers to be evicted from churchyard 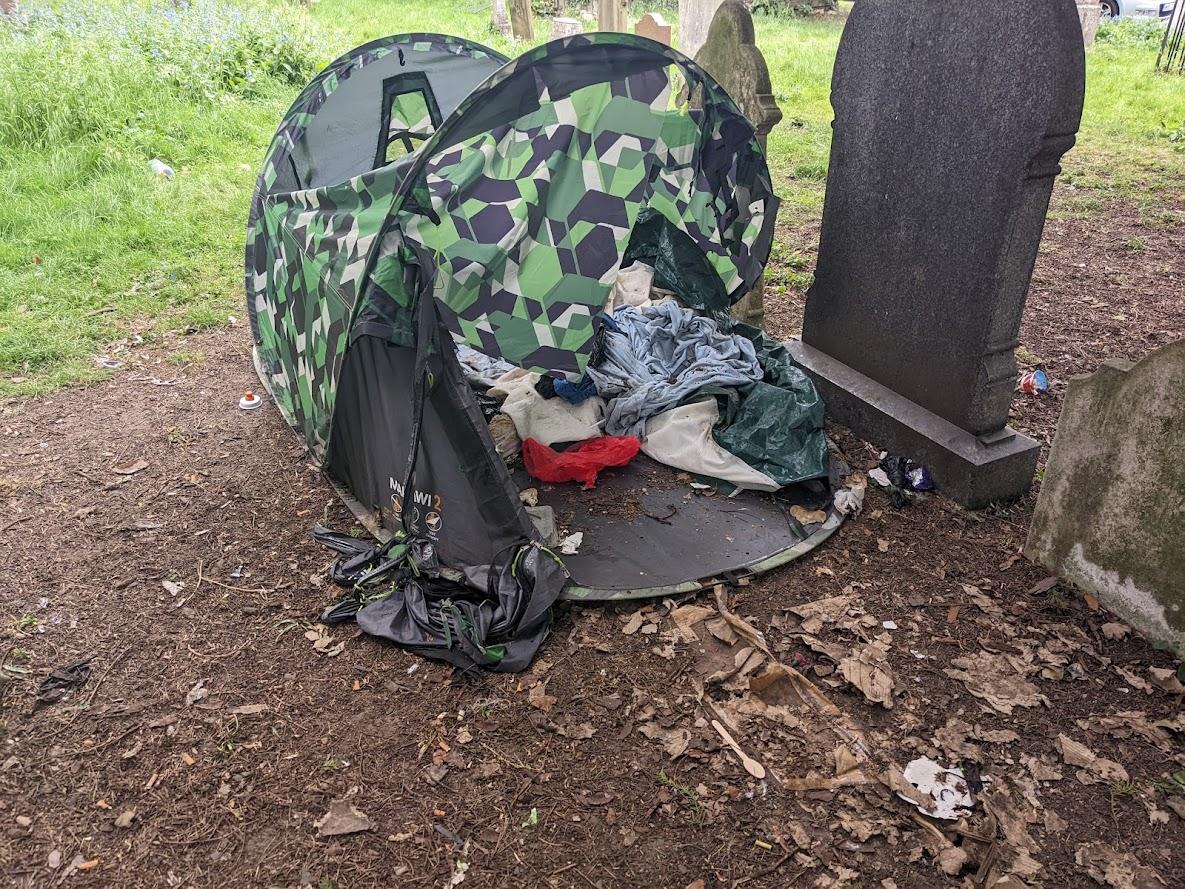 People who have been living in tents in the churchyard at St Mary’s Church in Slough town centre have been served notice to leave or have their belongings removed.

The action by the council, with the support of the church and Slough police, follows complaints and evidence of:

as well as, attracting and encouraging other antisocial behaviour in the area

The notice was served on the tent-dwellers on Wednesday 27 April, giving them until Tuesday 3 May to remove all tents and associated materials.

Any tents and materials still on site on Tuesday 3 May at 9am will be removed and destroyed.

Greg Edmond, principal enforcement officer, said: “The church has been patient for a very long time but the behaviour by the people living in these tents, the tents themselves and the behaviour of the outside visitors they attract, are having a severe and detrimental effect on the area and on the relatives of those buried at St. Mary’s.

“Intensive work by the council’s outreach team has meant numerous people who were living within the graveyard have engaged with services and been helped to find suitable accommodation. The church too has been tireless in their support for those people and their visitors.

“Unfortunately, those who are left have been unwilling to change their behaviour or access any of the services who can help and support them.

“And, worst of all, their behaviour is now directed at the church itself and not just in the grounds.

“Now we are saying ‘enough is enough, this anti-social behaviour and the other behaviour it encourages in the area cannot continue’ and we are taking action.”

Garry Tallett, group manager for community safety, housing regulation and enforcement, said: “The plight of genuinely homeless residents and the circumstances that drive people to camp is something we can all sympathise with.

“However, there are multiple organisations who are there to help, who have offered to help, but nothing has changed.

“Churchyards and churches are hallowed ground and do not deserve to be disrespected in this way. We need to take action to protect the resting places of those who have come before us.”

The formal notice also gives the tent-dwellers the names and addresses of organisations where they can get help with homelessness and health and addiction issues.