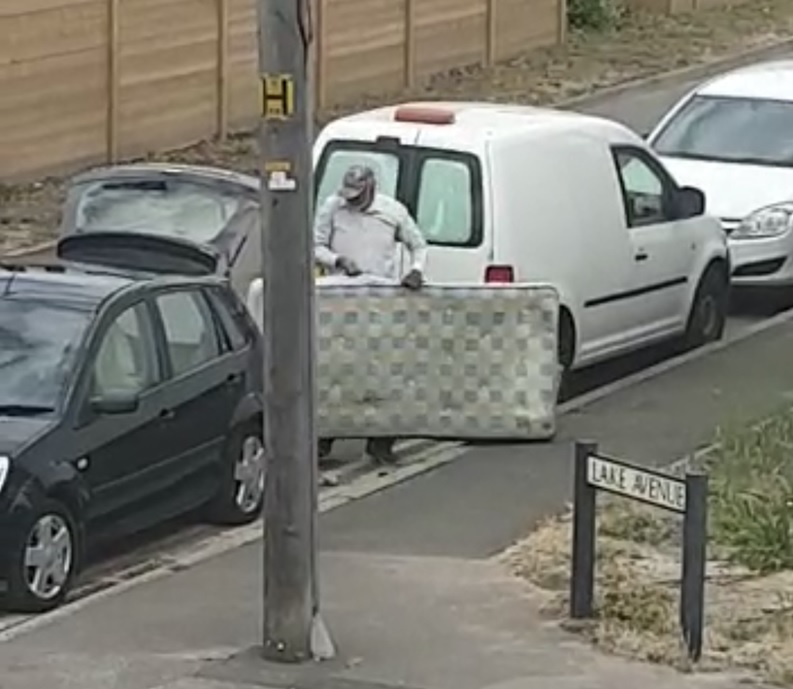 A prolific fly-tipper has been jailed for 21 months for dumping rubbish after a joint prosecution by Buckinghamshire and Slough Borough Councils.

Mohammed Afzal was also banned from driving in a bid to stop him offending and cluttering up streets and the countryside again when he is released from prison.

Mr Afzal was sentenced at Reading Crown Court after he previously admitted nine counts of illegally dumping waste behind homes, near footpaths and beauty spots, and two further counts of waste licence infringements in both Slough and south Buckinghamshire.

He dumped mattresses, builder's rubble and other waste for over a year, the court heard. On two occasions Mr Afzal fly-tipped just a few yards away from Chalvey household waste and recycling centre in Slough, where it would have cost a small fee to dispose of the rubbish safely and legally.

Mr Afzal was also caught dumping waste illegally a day before he was being interviewed under caution about another fly tipping  incident.

He appeared before Judge Paul Dugdale at Reading Crown Court on Monday 21 December who heard he had previously served a 16 month jail sentence for fly tipping but continued to commit the crime on his release.

Nicholas Ham, prosecuting on behalf of Slough Borough Council and Buckinghamshire Council, said Judge Dugdale noted the financial impact of Mr Afzal’s offending  in terms of the clean up, investigation and legal costs. The judge also emphasised the real harm to the community, to those who go out to enjoy the countryside and find it spoiled by his actions.

Judge Dugdale said: “It seems Mr Afzal simply does not understand how much people hate fly tipping, how hugely upsetting it is for them.

“He simply continued to dump so he could earn a few pounds each time and couldn’t care less about the expense caused to the taxpayer.”

Mr Afzal admitted nine counts of fly tipping following a spate of incidents between May 2019 and June 2020 which left building waste and assorted other materials dumped at these locations:

He was sentenced to a 21 month prison sentence, banned from driving for 28 months, and the four vehicles he used to commit the fly-tipping were surrendered to the councils for disposal. No costs order was made due to Mr Afzal’s limited income.

Councillor Pavitar K. Mann, cabinet member for planning and regulation at Slough Borough Council, said: "Thank you to the courts for reinforcing how serious the crime of fly tipping is to members of the community and the council which has to pay to clear it up.

"Not only will this fly-tipper be punished in the most severe way, with a prison sentence, but the driving ban will help the council stop this occurring in the future.

"This is a clear warning to others out there fly tipping will not be tolerated and we will take all measures open to us to prosecute."

Bill Chapple OBE, Buckinghamshire Council's cabinet member for environment and climate change, said: "The judge highlighted the severity of this man's antisocial behaviour and reflected this in the sentence that was handed down.

“This marks a successful conclusion to the joint operation between our two authorities that has brought this relentless offender to justice."