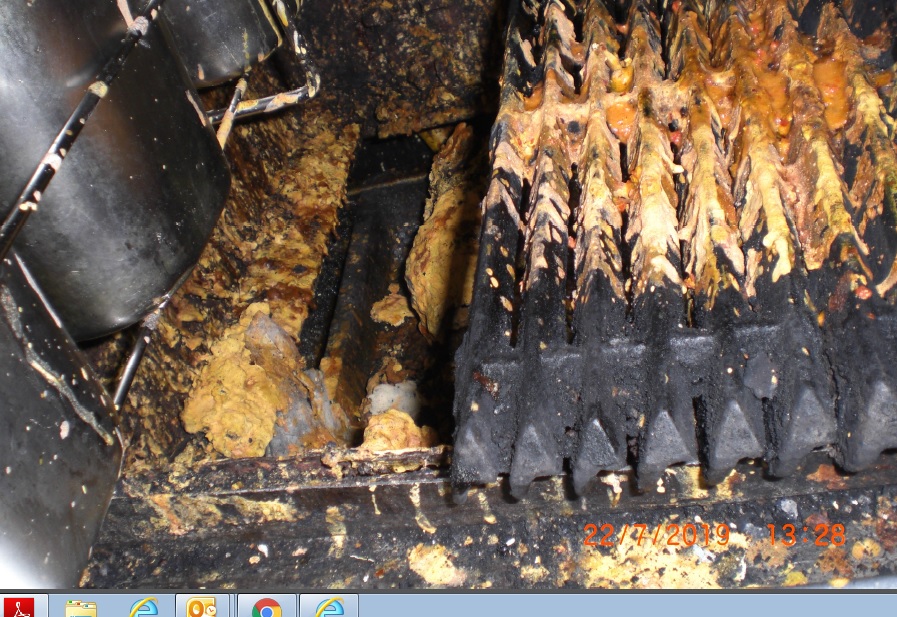 A chicken takeaway where congealed fat was found in a drain gully, raw and cooked food were stored together and mould was growing around sinks, has been fined by magistrates for food hygiene regulatio

Fat and encrusted food debris was found on the cooker, in the filter system, on preparation surfaces and on storage shelves at Peri Peri Original, the High Street, Slough.

Health and hygiene regulations were also breached by having heavily contaminated raw meat marinades spilled on food containers as well as the fridge handle ingrained with old food.

Inspectors found the area used for washing up was surrounded by dirty walls, the sink was covered in mould and dirt with only had cold water supplying it, as well as a broken window nearby. There was also only cold water for the staff sink where employees washed their hands and they had nothing to dry them with.

Staff were observed not changing aprons between preparing raw and cooked food, and food was stored and refrigerated incorrectly leading to the possibility of cross contamination.

The council’s Food and Safety Team first raised concerns about the cleanliness and lack of food safety controls to Bilal Sarfraz who was running the premises in July 2019 during a routine food hygiene visit.

Justices of the Peace sitting at Reading Magistrates’ Court on Friday 22 January heard the council team made a follow up visit in October 2019 and no significant changes had been made to clean or make things safer. As a result Food Hygiene Notices were served on H&A Food Chain Ltd, which owned the business, and Mr Sarfraz who was in charge of its day to day operation. All were complied with within six weeks.

Mr Sarfraz was sentenced to a 12 month long community order, required to undertake 120 hours of unpaid work and given 15 days of rehabilitation activity. He was ordered to pay £1000 towards the council’s costs and a victim surcharge of £90.

Cllr Pavitar K. Mann, cabinet member for planning and regulation said: “These were serious food hygiene breaches which could have lead to serious illness of one of their customers who chose to order food from the takeaway.

“There are simple basic hygiene standards for businesses involved in food preparation and this company fell far below what is expected.

“Not to have hot water or drying facilities for staff to wash their hands is rudimentary; to store food items like chicken and rice at the right temperature when they are high risk foods requires basic food knowledge.

“Then to have the preparation area very dirty with old food, broken floor surfaces, windows and doors which did not keep pests out, just all add up to failing which we are pleased magistrates took extremely seriously.

“Food businesses need to know our food and safety team will work with businesses to get their premises up to high standards residents should expect.”

The takeaway has subsequently closed.