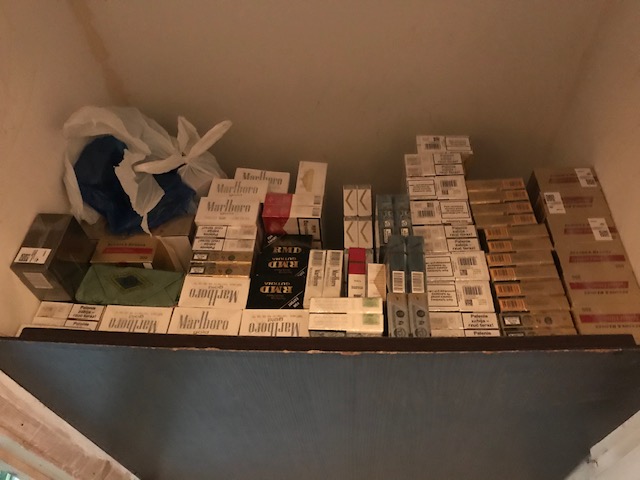 A business owner has been ordered to pay thousands of pounds by magistrates after illegal tobacco was discovered in his shop.

A week later the team returned with Thames Valley Police tobacco sniffer dogs and a haul of was discovered.

In the operation trading standards officers seized 1,200 packs of cigarettes, 1,000 pouches of smokeless tobacco and 60 pouches of hand rolling tobacco.

The director of the business at the time, Mohammed Imran Naseer, appeared at Reading Magistrates’ Court on Friday 9 April and admitted 11 charges of being in possession of the illegal tobacco on 8 and 15 February, 2019.

Much of the seized tobacco bore either non-English labelling, non-statutory health warnings or was in non-plain and branded packaging. Criminal offences for these contraventions fall under the Trade Marks Act 1994, Tobacco and Related Products Regulations 2016 and the Standardised Packaging of Tobacco Products Regulations 2015.

“Possessing illegal tobacco may appear to be a victimless crime. However, it is the genuine law abiding traders of Slough that suffer, as they are continually being undercut by unscrupulous competitors.

“We can only have a level playing field when all the businesses in the borough meet their legal obligations.

“We hope this will serve as a very real warning to others selling illegal goods in the borough we have a zero tolerance to this kind of behaviour.

“The council will pursue prosecutions and the financial punishments can be considerable.

“We will continue to monitor and act on intelligence regarding illegally imported tobacco being sold to the public.”

The case was delayed considerably from the date of discovery to the court hearing due to the pandemic.