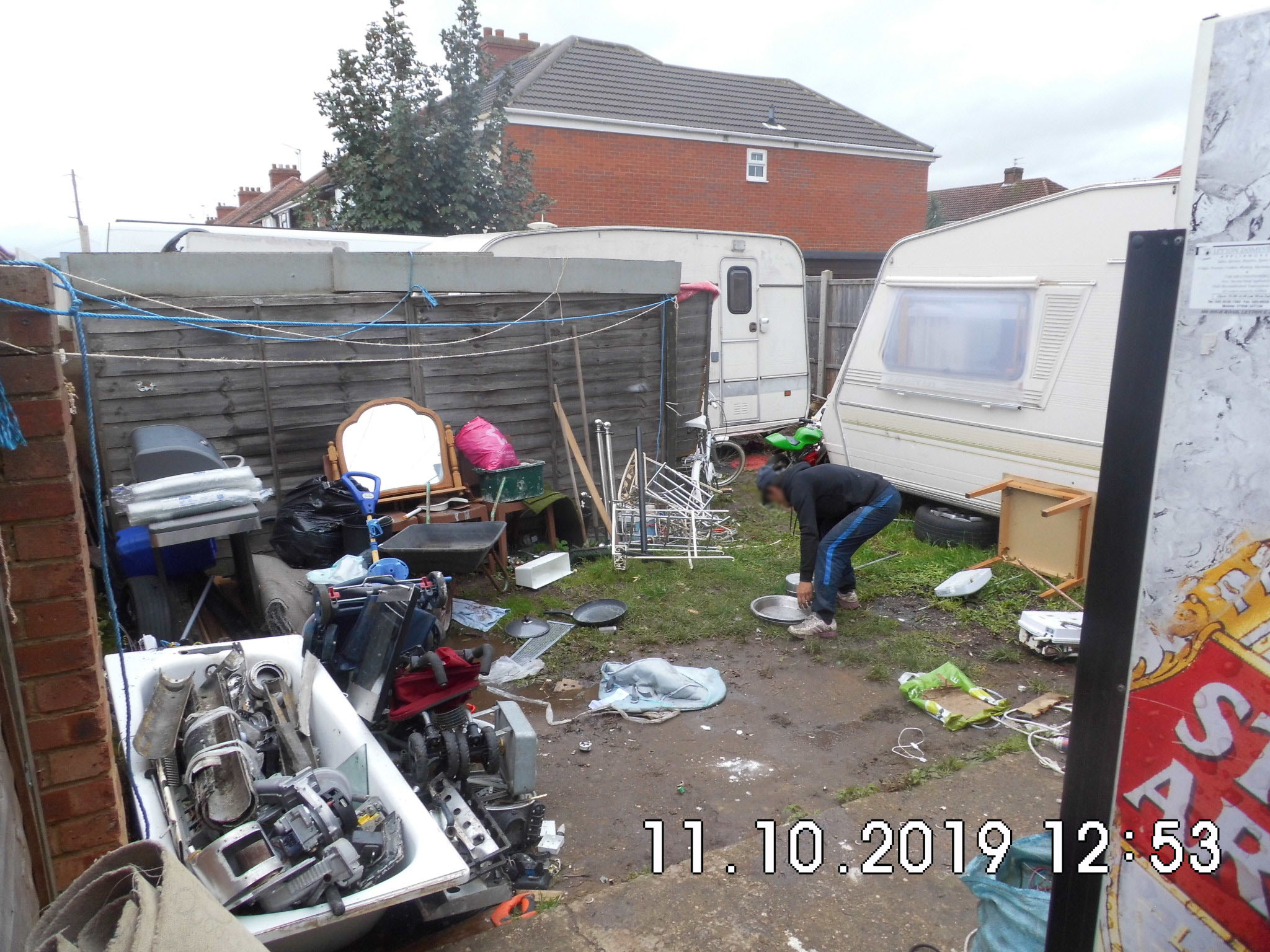 A woman whose garden was turned into an illegal scrap metal yard has been ordered to pay thousands of pounds by magistrates.

Mirela Nicolae’s garden was full of metal fridges, bed frames, bathroom furniture, prams and engines parts which were being broken into component parts before the valuable metal was sold to scrap yards in the capital.

An investigation into flytipping led council officers to Ms Nicolae’s home in Canterbury Avenue just half a mile away from where the rubbish had been dumped.

A visit to the property found it was being used as an unauthorised and unlicensed waste transfer station where scrap metal was broken up. Ms Nicolae’s van was then used to take the materials to scrap metal centres in London.

The van was seized after a warrant was issued on 28 November 2019 under the Environment Act 1995.

The 56-year-old left the country the next day however proceedings continued in her absence and a warrant issued for her arrest which was executed when she re-entered the UK.

Ms Nicolae appeared at Reading Magistrates’ Court on Friday 7 May and admitted two charges of dealing scrap metal without a licence contrary to the Scrap Metal Dealer’s Act 2013 on 28 November 2019, and failing to provide waste documents contrary to the Environmental Protection Act 1990 on 6 December 2019.

Councillor Pavitar K. Mann, lead member for planning and regulation, said the controls around how waste is treated was to protect residents as well as the environment from potential pollutants from unofficial waste transfer stations.

She said: “Licences are there to make businesses responsible for their day to day activity.

“And a home garden is not a suitable place to run such a business from.

“Flytipping and illegal sites like this one was, leave all residents paying for the removal of other people’s rubbish.”