Giving cyclists room on the road 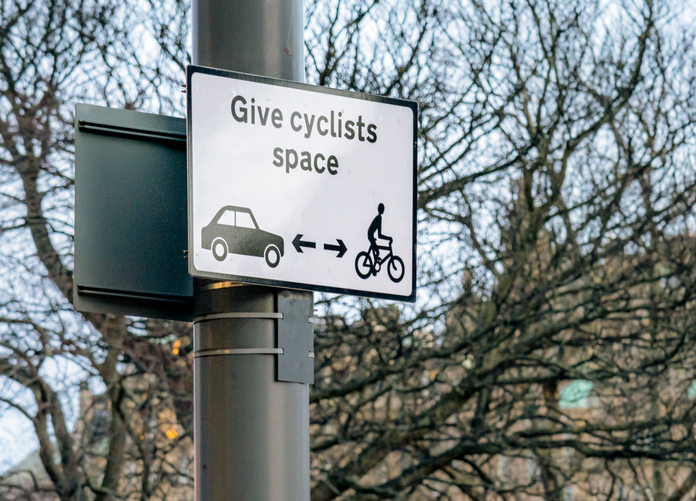 Drivers are being urged to give cyclists more room when they pass on the road or face being pulled over by the police.

The council is working with Thames Valley Police to remind motorists that cyclists should be given a wide berth to keep them safe.

Cyclists are mums, dads, sons and daughters, and share the road with all the other vehicles but remain some of the most vulnerable.

There have been 43 collisions reported to the police in the borough in the last 12 months.

To emphasise the need for motorists to give cyclists room there will be an operation in the borough where a police officer will be riding a bicycle.

If a car is deemed to have passed too closely the driver will be reported to a waiting officer who will ask the driver to stop.

The driver will be invited to an immediate safety education workshop at the roadside focusing on a safer relationship between motorists and cyclists.

If the motorist chooses not to participate they could receive a £100 fine and three penalty points on their driving licence for careless driving.

Driving licences will also be checked as well as whether the car has insurance and tax during the operation. Those suspected of drink or drug driving will also be dealt with appropriately.

The joint operations roads policing unit for Thames Valley Police and Hampshire Constabulary is running the Close Pass education campaign and has already visited Newbury, Wokingham and Basingstoke this spring.

Police Constable Liz Johnson, road safety officer for the joint operations policing unit, said: “A close pass not only presents a danger to the cyclist, but is also intimidating.

"As the Highway Code states, overtake only when it is safe and legal to do so, and drivers should allow vulnerable road users as much room as they would when overtaking a slow moving car.

“Giving enough space is particularly important as sometimes there can be obstacles in the road such as potholes and drain covers, which may mean cyclists have to move to avoid them.

"A driver deemed to be driving dangerously close can be prosecuted and taken to court.

"Ultimately, we want all road users to share the roads together, we are about making the roads safer for all and making sure we all get to our destinations safely.”

PC Johnson added drivers need to give at least 1.5m, or approximately the width of an adult’s outstretched arms, when passing. They also have to consider obstacles in the road like bollards and whether they can safely get back into their lane.

Cyclists range from serious riders to those going to the shops, school or commuting to work. More people are encouraged to cycle or use alternative transport than the car and there could be more cyclists on the road.

Riders also have their part to play by being bright and being seen which could include front and rear lights and high vis clothing. Riders are discouraged from wearing earphones as it blocks out one of the five senses.

Cllr Rob Anderson, lead member for sustainable transport and the environmental, said: “Vehicle’s driving past cyclists can cause different levels of aerodynamic drag which can push cyclists towards the gullies where there is more likely to be debris and drainage grids.

“Hitting something there could have serious consequences where a cyclist is thrown from their bike and possibly into the line of traffic.

“More people are encouraged to use a bike to get about, not just for the impact on the environment, but it can be more convenient and good for the rider’s health.

“Cyclists have a right to feel safe on the road and that means drivers giving them enough room when passing.”